Rising from the shadows of New York City, the Ninja Turtles will make sure to take care of Earth from gangs, alien invaders, and mutants around the universe.

This Wiki has Template:NUMBEROFVIEWS views ever since November 27, 2013! 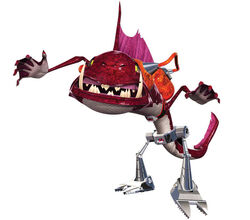 Fishface, also known as Xever, is a villain of the Ninja Turtles. He is part of the Foot Clan and he works for Shredder. Fishface has mechanical legs and breathers so that he can breathe, out of the water, which were made by the evil scientist, Baxter Stockman. He is very good and flexible when fighting the Ninja Turtles and the mutation seen to had made him better than ever. He has a poisonous bite and can make someone crazy or like drugged. Fishface works also with Dogpound/Rahzar, Karai, Baxter Stockman, Foot Ninjas, Foot Bots, and Tiger Claw. When he had his mechanical legs, Leonardo, Raphael, and Michelangelo laughed about him, and Leonardo said that sushi can deliver by itself. This made Fishface angry, so he attacked them. Michelangelo was about to call him Robo-Carp. And like Dogpound, he hates Baxter Stockman. He once fought Splinter in the Showdown and was defeated when he bit his own tail. He is a rival of Dogpound and Raphael. He is voiced by Christian Lanz. 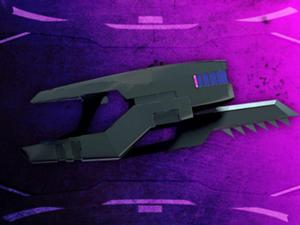 <poll>What you think about April as a mutant and Donnie going to love her a lot? That is awesome! Adorable! That's sad and adorable at the same time. It's sadorable.

Retrieved from "https://teenage-mutant-ninja-turtles-2012-series.fandom.com/wiki/TMNT_(2012_TV_Series)_Wiki?oldid=16116"
Community content is available under CC-BY-SA unless otherwise noted.